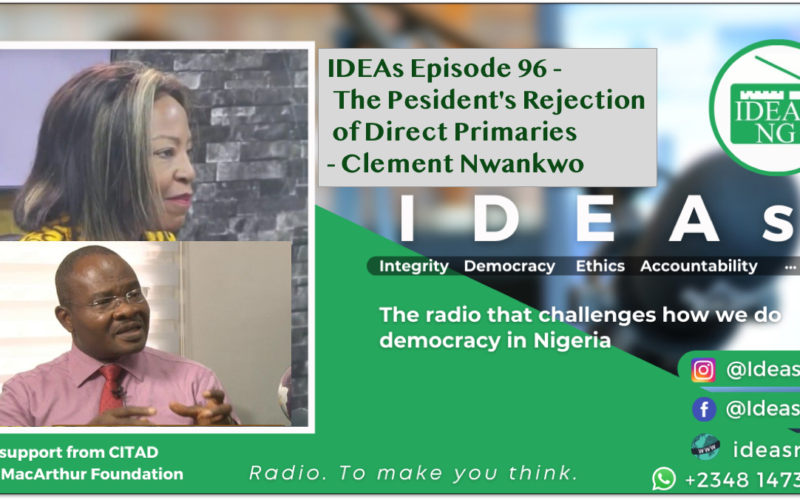 On Monday 20th December President Buhari wrote to the National Assembly that he was withholding his assent to the Electoral Act Amendment Bill.  In a letter dated 13th December that was read to the Senate and the House of Representatives on the 21st of December, the President focused on the clause that imposed direct primaries…

END_OF_DOCUMENT_TOKEN_TO_BE_REPLACED 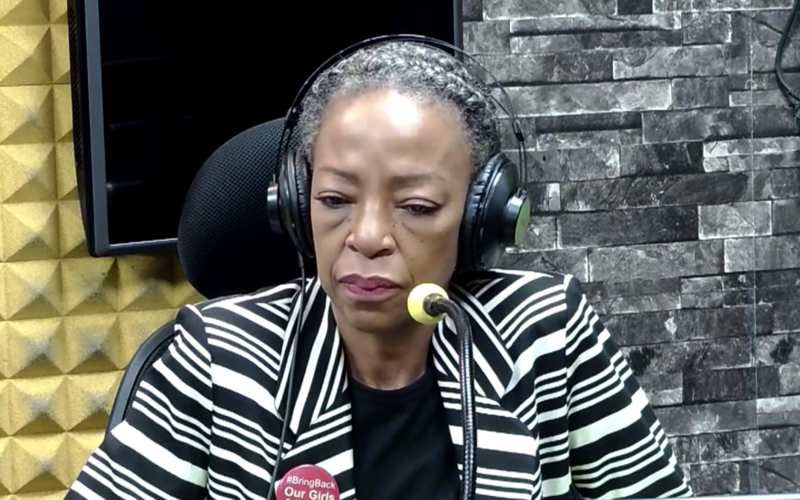 Episode 95 Blog – 10th December 2021 Jide Ojo on Asset Recovery and Disposal by the Anti-Corruption Agencies December 9th was World Anti-Corruption Day, and Jide Ojo, a public affairs analyst, columnist and television host joined Ayo Obe to discuss issues connected with Accountability in the recovery of assets that were the proceeds of fraud,…

END_OF_DOCUMENT_TOKEN_TO_BE_REPLACED 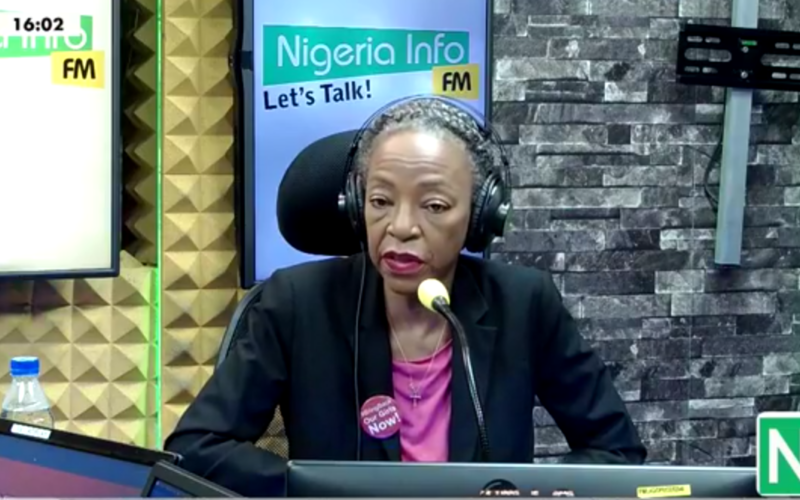 The Judicial Panel set up by Lagos State submitted its final Report to Governor Jide Sanwo-olu on the 15th of November 2021. Receiving the Report, the Governor set up a four person committee to produce a White Paper on the Report, which he told the Panel would be about how the recommendations could be implemented. The Governor had promised that the Report would be made public, but shortly after the Report was presented to him, a version of it which dealt with the events of October 20th 2020 at Lekki Toll Gate was leaked to the public. This has been the subject of much discussion, with some enthusiastically supporting the findings and recommendations in the leaked report, while others, including the Minister for Information, have gone through the leaked Report pointing out errors and inconsistencies and generally denouncing it.

END_OF_DOCUMENT_TOKEN_TO_BE_REPLACED

12th November , 2021 With the Anambra State off-cycle gubernatorial election now concluded, IDEAs radio returned to examine the IDEAs issues that were exposed as Ayo Obe interviewed Ene Obi, the Convener of the Civil Society Situation Room (CSSR), a coalition of over 70 civil society organisations, which was fully on the ground before and…

END_OF_DOCUMENT_TOKEN_TO_BE_REPLACED 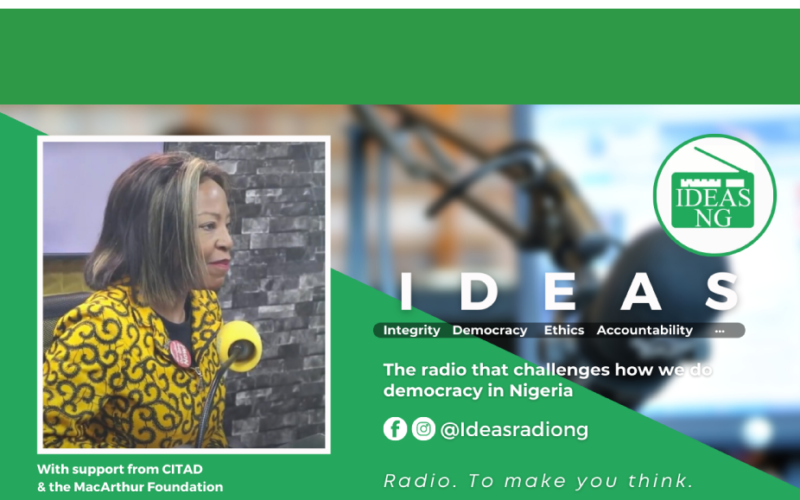 With just over a week to go before the Anambra State off-cycle governorship election, Ayo Obe interviewed Cynthia Mbamalu, Director of Programs at YIAGA Africa who is leading the organisation’s ‘Watching the Vote’ project in Anambra State. Such an election clearly answers to Democracy, the ‘D’ in IDEAs, but what was Cynthia’s assessment of the Integrity of the electoral process: was the Independent National Electoral Commission prepared for the poll? She referred to YIAGA’s Pre-Election Observation Report which raised certain concerns, including the failure of INEC to commence the collection of Permanent Voter Cards for the over 70,000 newly-registered Anambra State voters.

END_OF_DOCUMENT_TOKEN_TO_BE_REPLACED 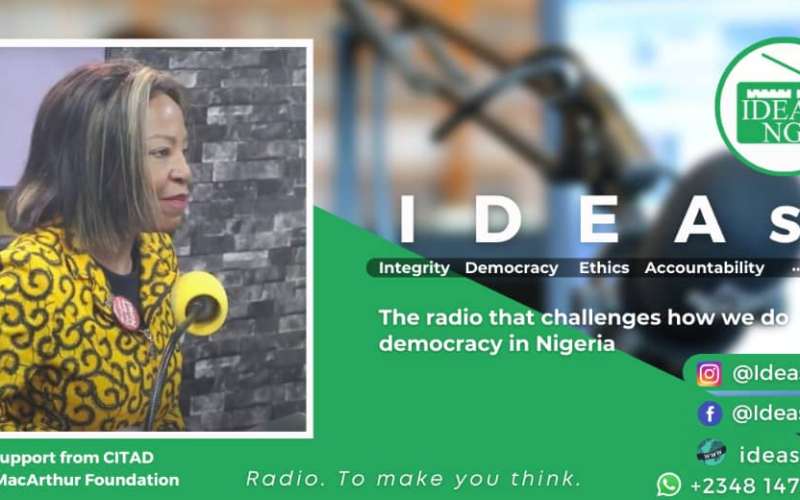 Nigerians have reacted to the scandal of the Pandora Papers, but what IDEAs issues do they raise?  In today’s episode, Ayo Obe spoke with Nicholas Ibekwe – the award-winning journalist who leads the investigative journalism section of Premium Times, one of Nigeria’s leading online media outlets.  Premium Times is part of the International Consortium of Investigative Journalists which spent a year examining the 11.9 records known as the Pandora Papers.

END_OF_DOCUMENT_TOKEN_TO_BE_REPLACED

President Muhammadu Buhari gave a long and wide-ranging speech to mark Nigeria’s 61. Independence anniversary; But what issues relating to Integrity, Democracy, Ethics and Accountability did his speech raise? In this week’s programme Ayo Obe was in conversation with Aghogho Oboh to examine this question.

END_OF_DOCUMENT_TOKEN_TO_BE_REPLACED 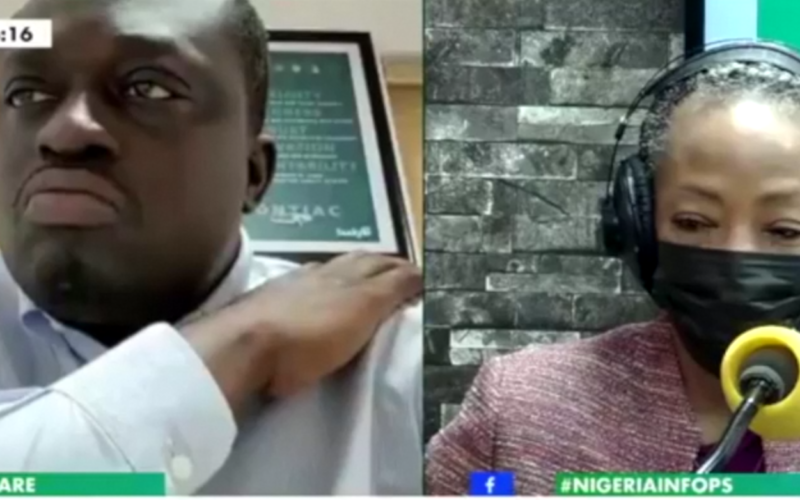