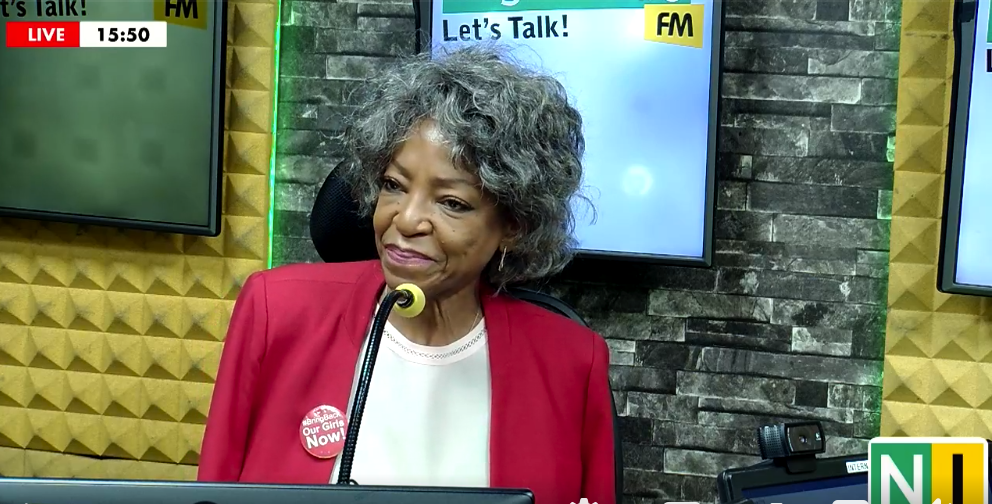 Ayo introduced Atedo Peterside as the founder of StanbicIBTC Bank which makes waves in financial circles, and the Chairman of the ANAP Foundation which is doing what it can to make Nigeria better in many ways.  Most listeners would be familiar with its efforts to persuade Nigerians to get involved in the political process.

She said that one of the ways Mr. Peterside is getting involved in what happens in Nigeria is that he is a member of the recently-founded 2022 Committee.  It set out three areas of concern, and also talked about Accountability, which is right up our street in IDEAs where with Integrity, Democracy, Ethics and Accountability, we accentuate the positive in the struggle against corruption.  But, she asked, what does this consensus mean?  If there’s a consensus in the Committee, does that take out Accountability?

Atedo started his response by saying that if he’s invited by any group of Nigerians who are working to improve the country, he will join them because we don’t know which method will work.  When invited in the year before very important elections in Nigeria, he understood it to mean that if all the major political actors could agree on some very important things that will benefit Nigerians, it would no longer be necessary to fight over those things because they have all agreed on them.  Building a national consensus needs some people to build it, and then sell it to the rest of Nigerians.  Slowly, everybody would buy in to it.  He compared it to the NHS in Britain saying that nobody talks of scrapping the NHS.

Ayo asked about the goals of the committee and asked whether they aren’t the same things already agreed on in Chapter II of the Constitution?  Everybody wants the economic well-being of Nigerians, but have different ideas on how to achieve this – some think: build up the rich and the wealth will trickle down, while others think that giving money to the poor is the best way.  There may consensus about the destination but not on the means of reaching it.

Atedo was adamant that there is no consensus on anything in Nigeria as he’d found from his involvement in economic management teams right from Yar’Adua’s time.  He gave the example of security, over which everybody has different views.  Of course

everybody agrees that Nigerians are entitled to security in their homes and the Committee didn’t bother to debate whether that was a goal, but the issue was: what is the way to get there?

Atedo answered Ayo’s question about whether what the elite agree upon is what the rest of Nigerians want by saying that the elite have not even agreed.  He lamented that Nigeria has barely solved 10% of the problem on its economy and on security and there is absolutely no consensus, saying that despite setting out for the agreed destination, when a crossroad is reached, those who want to turn left are as vehement as those who want to turn right.

Ayo asked why there was such vehemence, and why the elite, those at the top are more vehement than the rest of Nigerians, to which Atedo proffered what he said would be an unpopular view, namely that such vehemence stems from the fact that some benefit from the situation (e.g. a centralised Federal Police) and they don’t want change, while others who think that the security of their state and their people will do best with State Police.

Ayo seized the opportunity to shoehorn in a reference to the Civil Society Panel on Police reform in pointing out that even on State Police, there were different views on the matter, but Atedo said that he had argued this position at the Constitutional Conference in 2014 and had not changed his view because the problems Nigerians are seeing now are problems that he foresaw because of our failure to realise that no country in the world has just a unitary police system, referring to the origins and objectives of our own police system established under colonial rule which should not be the same for Nigerians now.

Ayo asked whether if consensus was reached, it would provide for Accountability to the people but Atedo said that he is not even sure that consensus is possible, that the Committee is seeking that consensus, but hasn’t reached it.

Ayo said she wasn’t greatly encouraged by the thought that even the elite are unable to reach consensus, but expressed appreciation to Atedo for being always ready to join those who are looking for ways to improve and advance the situation of Nigerians.

What’s your view?  Looking at the 2022 Committee, would you be confident that there will be Accountability if they are able to reach consensus.  Should their consensus be something that the rest of us should buy in to?  And if they don’t achieve consensus, does that mean that the rest of us are unlikely to be able to?  Indeed, is it desirable that we all reach consensus?  What impact does that have on Democracy – will we still have choice about which path to the desired goals in Chapter II that the different political parties may be offering?  Join the discussion by letting us know what you think below.