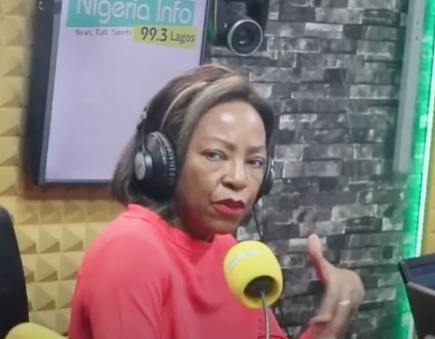 With a ‘system collapse’ of the National electricity grid during the last week, Nigerians seem to have entered a ‘perfect storm’ where problems relating to energy are hitting Nigerians from all sides: continued fuel shortage, high cost of diesel and aviation fuel, and collapse of the national grid which made the public electricity supply become the back-up to individual power generation efforts!  Our guest on IDEAs Radio today is a man who is thoroughly steeped in Accountability – particularly when it comes to the extractive industries.  He is also the author of the widely-acclaimed book “The Arc of the Possible” which is an account of his time as the Executive Secretary of the Nigerian Extractive Industries Transparency Initiative – NEITI – none other than Waziri Adio.

Ayo said that on IDEAs Radio, I stands for Integrity, D stands for Democracy, E for Ethics and A for Accountability.  Today, we are focusing on A for Accountability.  Who do we hold accountable for this situation?  Even an adherent to the advice that we should not ascribe to malice or deliberate action what can be explained by incompetence, knows that incompetence has its origins too.  Should there be a system to ensure that all these disasters don’t strike us at once?  If not, why not?

Waziri said that the situation now was bringing many contradictions in the energy sector to the fore.  Nigeria is well endowed, yet we are not seeing the benefits.  As to who is to be held accountable, there are different things at play and different actors.  On fuel, as the government imports fuel through NNPC, it must take full responsibility.  The high cost of aviation fuel and diesel is out of our hands as it’s due to global factors and the high cost of crude oil.  On electricity, Accountability must be shouldered by both government and the different actors in the electricity value chain, some in the private sector, the DISCOs and the GENCOs; and the government owned TCN.  We aren’t generating enough and lack capacity to distribute, but ultimately government has to take responsibility for that.

Yes, there should be a system in place to anticipate these crises, but Waziri doubted that there is any.  Some things are happening in the electrical sector, some things happening in the oil and gas sector, but these different sectors are operating in silos.  There should be a system to feed the linkages and anticipate what can go wrong, and how what goes wrong in one sector can affect another sector.  We need to not just anticipate what can go wrong, but also have a rapid response mechanism that will limit the damage to businesses and the country.

Ayo asked whether this wasn’t a case for Joined Up Government – JUG.  She referred to strategic reserves in other commodities and asked whether there was anything similar in the oil, gas and power sector, noting that though NNPC says it has 30 days’ supply of fuel, we seem to lack any means of storing electric power.

Waziri said he is a big advocate of JUG, that there must be someone who sees the big picture.  Places where such coordination ought to be happening are the Ministry of Finance and National Planning, and the office of the Vice President.  Indeed, that is what the Federal Executive Council should also be used for: people bringing different perspectives, coordination, problem solving and seeing the big picture.

He said that we must take our energy security more seriously, because what has happened has exposed our vulnerability.  We need to ensure availability, to ensure provision for emergencies, and to have an emergency response.

We need to address issues around pricing – the issue of subsidy – and the issue of adequacy.  He gave the example of electricity which we generate mainly through gas and hydro, but we have problems of vandalism with the gas pipe infrastructure and water level dropping.  We should not neglect other sustainable sources of electricity – even nuclear power, though there are some anxieties about this.

We need a mechanism for protecting energy assets – one of the reasons we have this problem with electricity is gas pipe vandalism, while the theft of our oil is now at an industrial level.  There is also electricity theft, though that is at the level of the consumer.  We need to look at the ways in which all these leakages happen, and to have a way of preventing them and responding to shocks.

Ayo said we always talk about contingency but asked whether we are actually planning for the unexpected, to which Waziri replied that he hoped we do plan, but that what had happened has shown that we need to review those plans.

Ayo then asked whether – since many of these problems arise from the oil and gas sector which (as far as many Nigerians are concerned) are in complete disarray at the service side – the Petroleum Industry Act will be able to address these problems when the time comes?

Waziri replied that the PIA should make a difference, but that he hopes we haven’t leave it too late; it was enacted in August 2021, but the take-off has been suspended due to issues of deregulation.  That highlighted how policy consistency, being faithful to laws and regulations, is one of the things that we need to address.

Ayo chipped in that policy consistency appeared to have jammed politics!  She said that it has been argued that the reason why we are all thrown into such disarray by this current combined lack of power and fuel is that we have enjoyed ‘seven fat years’ that made such crises a distant memory.  She asked whether the re-emergence of these problems says anything about our ‘direction of travel’?  Should we get ready for ‘seven lean years’, or should we treat this as a bad patch or a bump in the road to the sunlit uplands?

Waziri said he would rather be optimistic, but in a careful way.  Some things are currently being put in place on electricity supply – the work being done with Siemens for the Grid, and there is also support from the World Bank; while in the Oil sector there are two projects and PIA coming up.  So we should see this as a bump in the road, but at the same time there are things we need to pay attention to.  Do we have a pricing structure that will attract investment?  Beyond investment, will it attract the right kind of investor?  For example we can see from the electricity sector that merely raising the tariff does not solve all the problems.  We need to ensure that investors have the actual capacity to generate and transmit, to invest and improve their ability to deliver.

Ayo said that Waziri was asking some very pertinent questions and that though we may be going in the right direction, if we don’t pay attention to providing the right answers to those questions, we may find that the sunlit uplands are still on a very distant horizon.