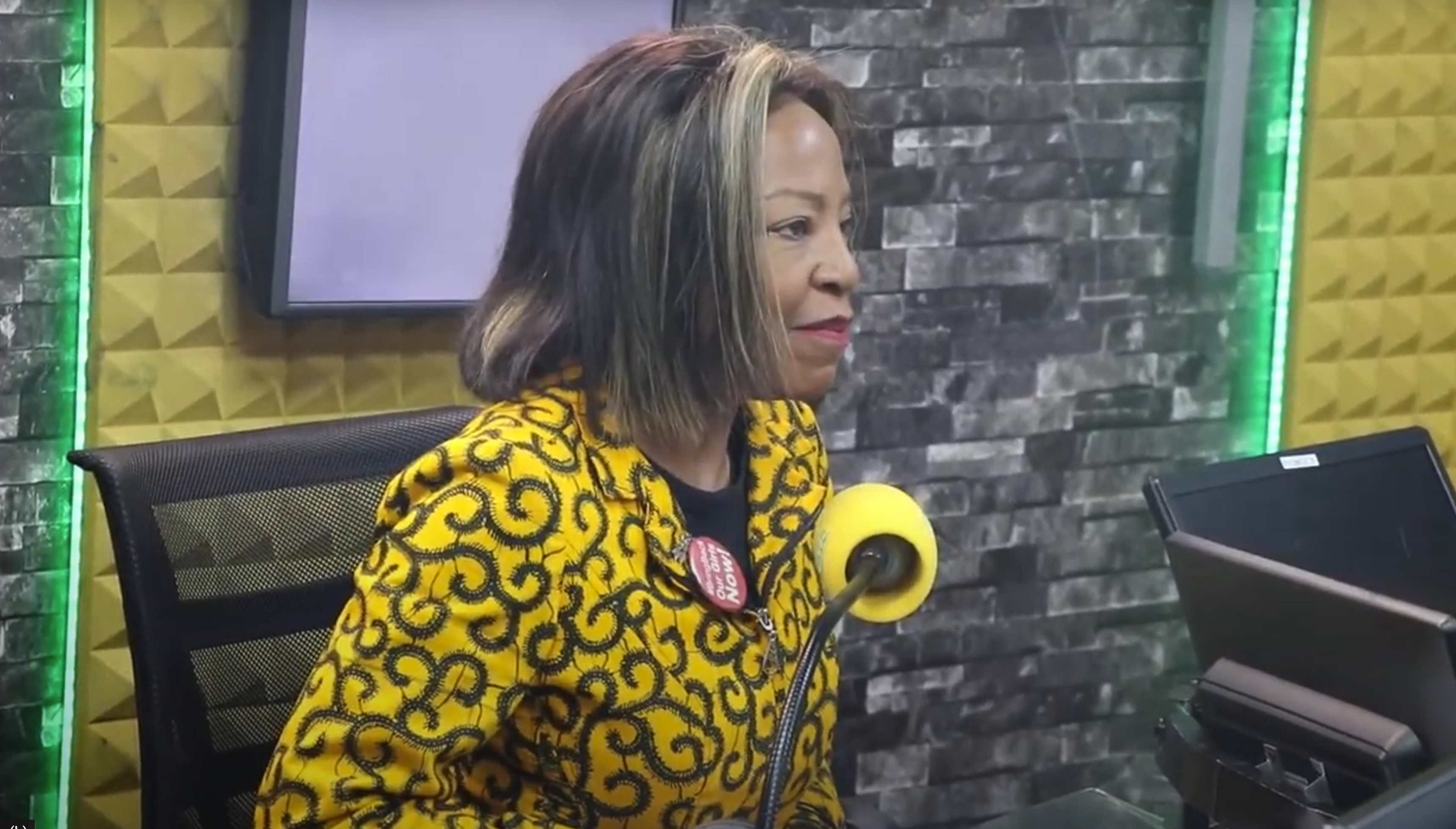 Sandra Ekwesili introduced the programme today, but unfortunately the advertised guest, Festus Okoye Esq., who is the INEC National Commissioner for Information, had to represent the INEC Chair at the meeting with political party chairs and presidential candidates and so was unable to join us for the discussion.  As a result, she would pretend to be Festus, and Sandra would have to pretend to be her!

Ayo Obe explained that she had hoped to discuss with Festus some of the issues raised by the INEC Chair, Professor Mahmood Yakubu, in his Chatham House address a few days ago.  She said that because IDEAs is about Integrity, Democracy, Ethics and Accountability, it is concerned with the issue of the Integrity of the electoral process.  While there are issues relating to what happens on polling day, there are also issues that are live right now that merit further examination, namely the Integrity of the register of voters, and the distribution of Permanent Voter’s Cards, as well as the actual voting process.

On the voters register, Ayo noted that INEC had removed double registrations and done a lot to make it less of a work of fiction than it had been ten years ago, but that while double registrations could be identified, many people had been concerned about the issue of underage registration.  She said that though this was indeed a matter for worry, it was also a testament to the increasing Integrity of the electoral process because people now realise that they have to have physical people to cast physical votes, rather than being able to interfere with the process at the collation stage.  The two ways around this were to either bring in people who were not Nigerians to register as voters, or to use underage people to register.  INEC said that it had received many complaints, but when it had weeded the underage out, the percentage was really very low and unlikely to have made much difference.

Ayo noted that the INEC Chair had not mentioned the National Population Commission, because the issue of underage voters is directly tied to the fact that we are not properly registering the birth of children.  Under international law, the right to have your birth registered is considered a human right, so the NPC’s failure in this regard is a source of continuing concern, and in the long run, if we are to get away from judging people’s ages on the basis of how they look, the NPC is going to have to do its job and register births so that people can assume a legal personality.

Ayo went on that having dealt with the register, we are now at the stage of collection of the Permanent Voters’ Cards, and that there are reports about the difficulty some are having in collecting their cards.  She gave the example of one participants in the #BringBackOurGirls sit outs who had reported two Saturdays ago that she hadn’t been able to collect her PVC, but that last Saturday she had told us that she’d been able to collect it.

The issue of difficulties in collecting PVCs spoke to the issue of the Integrity of INEC’s staff, because for exercises such as this and the elections themselves, INEC could not rely on just its permanent staff, but would have to engage some ad hoc staff – engaged purely for the purpose of distributing the cards or conducting the elections.  She had wanted to raise with Festus the question of what Integrity training or testing INEC did with these staff – and indeed, its permanent staff.  They needed to understand that they were to act impartially and independently, and to do their job.  If they did that, there would not be room for some of the tales that had been heard, although she felt that to an extent, such complaints had died down.  She would have liked to know whether that was because INEC was supervising more, listening to the complaints that had been made, and ensuring that its staff lived up to the Integrity standards that we would want to see.

Ayo said that we would also want to know the extent to which the staff were trained with respect to the actual poll itself, and referenced the issues that had been raised with regard to INEC’s power to review results within 7 days and set them aside if they were due to coercion or violence or the polling not following the regulations.  She said that this put a big responsibility on the shoulders of INEC staff, and that they should not be expected to expose themselves to danger by resisting threats.  But did that mean that there was a danger of staff disowning results even when there was no coercion.  She also referred to the Imo State gubernatorial election where INEC decided to exclude some 300 or so results.  Sandra asked whether that was done because the returning officer had been forced to declare them under duress.  Ayo was not sure, but noted that INEC rejected the results, and as a result, Hope Uzodinma came fourth.  He challenged the exclusion, and the results were reinstated because he was able to produce the result sheets from those polling stations, and there was no evidence to counter what he produced.

Ayo said that such determinations depend on not just the Integrity of the polling officers, but also their Ethics.  She said that although there was an assumption about us as Nigerians that we don’t live up to Ethical standards, but said we should have higher expectations of ourselves.  After all, in the US the election officers were actual elected party members, yet they were able to do the right thing when faced with attempts by the then President to pressure them into finding him some extra votes.  She said that the polling officers would not be acting alone, because there would be the party agents also observing, and unless they all joined in the conspiracy, it would be difficult to distort results.  She recalled the experience related by Ada Tricia Nwaobi when she was a polling assistant in about 2003 or 2007 (which Sandra said many questioned whether there had been any election at all) and when it turned out that so many of the voters registered at the polling station where she was had not voted, the polling agent and the party agents all agreed to allocate the votes that had not been cast to a particular candidate, so that when he won (as he was bound to) he would recognise that area as one where he had received strong support.

Sandra said that surely technology would now prevent that, and Ayo agreed that the Bimodal Voter Accreditation System would show the rate at which people were being accredited, and that if there was a sudden rush of accreditation at the last minute, INEC would be bound to raise a query because it would not be physically possible to accredit so many voters in the last hour.

As to the issue of electronic transmission of results, Ayo said that to her, it was less a matter of the manner in which the results were transmitted, but that the result from any polling station should be available for individuals to check on the INEC website and confirm whether what INEC had and was counting was the same as what they had observed at their own polling station.

At this, Sandra observed that our time was already up, and that if we had to do this next week, she hoped that it would flow more smoothly.  Ayo thanked Sandra for guiding her through her ‘monologue’, and said that the programme hoped to look at all the different actors in the electoral process who were expected to be neutral, and that next week, IDEAs would be looking at the media.