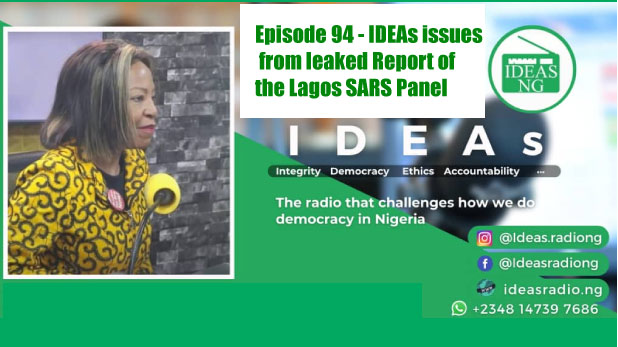 The Judicial Panel set up by Lagos State submitted its final Report to Governor Jide Sanwo-olu on the 15th of November 2021.  Receiving the Report, the Governor set up a four person committee to produce a White Paper on the Report, which he told the Panel would be about how the recommendations could be implemented.  The Governor had promised that the Report would be made public, but shortly after the Report was presented to him, a version of it which dealt with the events of October 20th 2020 at Lekki Toll Gate was leaked to the public.  This has been the subject of much discussion, with some enthusiastically supporting the findings and recommendations in the leaked report, while others, including the Minister for Information, have gone through the leaked Report pointing out errors and inconsistencies and generally denouncing it.